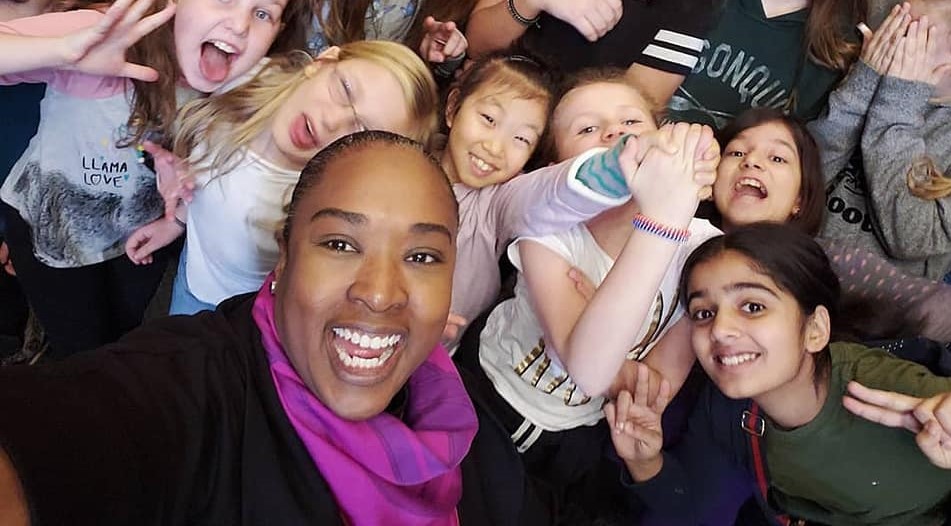 Dr. Jill Andrew, PhD is the MPP for Toronto-St. Paul’s. She was elected to the Legislative Assembly of Ontario as an Ontario NDP Member of Provincial Parliament in 2018.  Jill serves as the Culture Critic, Heritage Critic and the Women's Issues Critic for the Official Opposition. Jill is the first Queer Black person to be elected to the Ontario Legislature and reportedly in any legislature across Canada.

Jill is also a founding member of the Ontario NDP Ontario Black Caucus a first of its kind in the province. Since in office Jill has hosted several initiatives including culture and arts deputations and the creation of an ad hoc arts and culture advisory council, a women's issues listening tour, Ontario’s first Eating Disorders Awareness Week roundtable, several youth civic engagement events and housing, education, health care, gender equity, and environment summits among other initiatives to stay connected with community. Early in her term and in response to significant cuts to culture, Jill tabled motions calling for the Ford government to reinstate funding previously cut back into libraries, the Ontario Music Fund and the Ontario Arts Council.

Recognizing the significant value of provincial funding to cultural workers and entrepreneurs, Jill has demanded that the province recognize comedy and fashion as part of the culture sector therefore making provincial funding opportunities accessible to creators in those fields as well as a motion calling for financial support for small businesses such as those located in “Little Jamaica” that have been disproportionately hit by disruptions caused by transit construction and COVID-19. In response to the pandemic and the increase in food insecurity felt by many community members in Toronto-St.Paul’s during this period, Jill called for a provincial food strategy.

Jill has also co-sponsored legislation demanding a universal protocol for quality and consistent care for Ontarians, predominantly Black and racialized, living with Sickle Cell Disease and she tabled a motion in 2019 demanding an intersectional gender equity strategy be adopted by the Ford government to ensure every piece of legislation is analyzed through an intersectional gender lens to evaluate its impact on women-identifying community members and other equity-seeking community groups made most marginalized by systemic discrimination and institutional violence. Her first Private Member's Bill, Bill 61, passed in December last year, creating an Eating Disorders Awareness Week the first week of February across Ontario.

Jill was named First Runner-Up in NOW Magazine’s Reader’s Choice best MPP vote in both 2019 and 2020.

Outside of politics, Jill is also co-founder of Body Confidence Canada and an award-winning educator, equity, human rights and body-image advocate. Jill’s co-edited anthology:  Body Stories: In and Out and With and Through Fat was recently published through Demeter Press in 2020.

She holds a Child & Youth Worker diploma from Humber College, a Masters’ degree in women and gender studies from the University of Toronto New College, her undergraduate education through York University, a BEd from York University and a PhD from York University’s Faculty of Education. Jill's dissertation, “Put Together” Black Women’s Body Stories in Toronto: (Ad) dressing Identity and the Threads that Bind explores the ‘trifecta of anti-Black racism, sexism and fat hatred experienced by Black women and their accommodation and resistance of dominant body ideals through fashion and dress, activism, self-valuation and social interactions.  their strategies of both accommodation and resistance through fashion, activism and social interactions.

She is a community co-owner of Glad Day Bookshop – the world’s oldest LGBT bookstore and has been an avid volunteer and donor supporting organizations across the GTA that prioritize Black and racialized communities, youth, women, the arts, LGBTQ2+ communities and chronic health advocacy among others.

Jill is also a graduate of the Women Win TO political training series and in her own words she has described herself as a Black, Fat, Queer, Feline-Loving feminist passionate about documenting, celebrating and advocating for people's rights to their own bodies, human rights and their right to self-definition and self-valuation. Jill lives in Toronto-St.Paul’s with her partner and their cats Josephine Baker and Dorothy Dandridge.